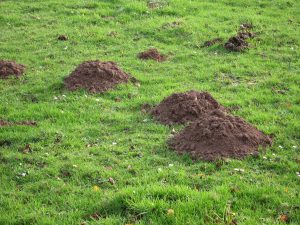 Spring is here, which means the sun is shining, plants are growing, flowers are blooming, and of course, wildlife is awakening from their winter hibernacula. With more wildlife activity, you can be sure to experience some issues if you live close to wooded or forested areas. One of the most common complaints by homeowners this time of year is lawn and mulch bed damage.

After taking the time and effort to re-mulch, re-seed, and rejuvenate your property, you would be quite frustrated to notice signs of lawn disturbance. The culprits behind these lawn damages are generally one of two animals, moles or voles. Continue reading to learn the difference between the two, and what to do to manage a nuisance wildlife problem on your property.

Moles are small subterranean mammals that are common wildlife in Indiana. They are covered in dark brown or black fur, which also covers their tiny eyes. For this reason, many wrongly assume moles are blind, but they are not! Their most distinguishable traits are their short, powerful front limbs and polydactyly paws. They use these extremities to dig through dirt and create tunnels underground. This can cause the lawn and mulch disturbances commonly complained about among residential property owners. The mole’s closest relative is the shrew, and not the vole. In fact, voles are an entirely different animal altogether. 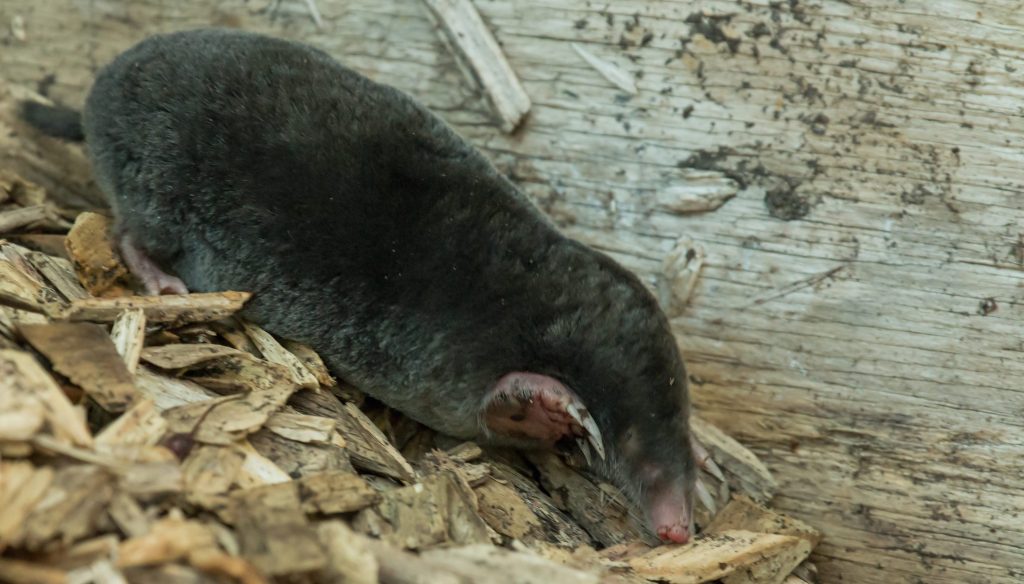 Unlike moles, who are mammals, voles are rodents. The closest relative to the vole is a mouse, although they are a stouter, smaller version. There are over 150 species of vole, which are also known as meadow mice or field mice. Because of their physical appearance, they are commonly confused for moles, gophers, muskrats, shrews, mice, and even squirrels. They burrow under plants and mulch beds just like many of these above-mentioned animals, making them a sly culprit to diagnose. 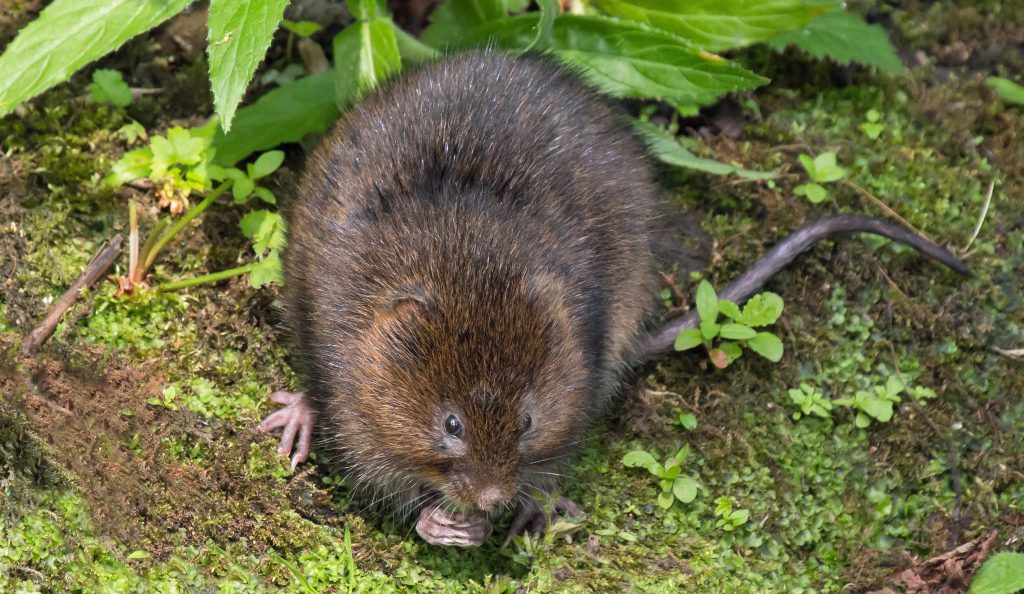 Several mounds are common signs of mole presence, while thin tunneling is more likely vole damage. The most effective way to combat nuisance wildlife disturbances like this is to hire a professional wildlife control company in your neighborhood. They have the training, knowledge, and resources to protect your property from wildlife damages.

Call 317-257-2290 for professional animal mole removal and control in Indianapolis, Indiana. We are DNR licensed and insured wildlife rescue contractors that serve residential and commercial properties with safe and humane wild animal control at an affordable price. Call 317-257-2290 to request a free estimate, today.

The battle between moles and homeowners has gone on for hundreds of years. They are persistent little critters that live below the dirt, and create a plethora of problems for homes and landscapes. You can tell you have a mole infestation on your property when you regularly spot small volcano-shaped dirt mounds or vein-like surface tunnels in your yard or gardens. This is a sure-sign that yard moles are present. Although yard moles are pesky lawn nuisances that we wish would just go away, there are a few interesting facts to learn about them in the process. Continue reading to learn some of these facts, and how to get rid of yard moles.

The Animal Called the Mole

Moles are small mammals that are shaped like a long cylinders. They have soft, dark, velvety fur, and their eyes and ears are incredibly small. They have powerful forepaws and an extra thumb they use to dig their way through the ground and create tunnels to feed and breed in. There are even other classifications of mole species, like the star-nosed mole, golden moles, and marsupial moles.

The mole’s diet mostly consists of earthworms and other types of invertebrates found in soil. They also eat nuts. These food sources have ample amounts of nutrients and protein to keep a mole digging all day long. One fun fact is that a mole’s saliva contains a toxin that paralyzes its prey. This lets them store their food while still alive, as to keep it fresh and nutritious. Before eating a worm, moles use their paws to squeeze out the dirt inside its gut!

February through May is the prime breeding season for moles, so homeowners can expect a mole problem to pop up in the summer. Gestation periods typically last around forty days, rendering two to five pups at a time. Male moles will tunnel through other mole tunnels, releasing a high-pitched squeal, in order to find a “mole-mate”. Males are called boars and females are called sows. Just like pigs!A group of moles is referred to as a labor.
Another interesting fact about moles is that they can breathe higher levels of carbon dioxide compared to other mammals. This is because their blood cells contain a special hemoglobin protein that lets them survive in low-oxygen environments. This makes them perfect subterranean creatures.

If you have a mole problem, and need animal mole removal, be sure to call a professional wildlife rescue company for safe and humane animal control. There is never a reason to harm or kill any nuisance animal, no matter how much of a bother they are. Licensed wildlife removal contractors retain the proper resources, equipment, and training to safely and humanely remove moles and relocate them to a faraway habitat.

Call Wildlife Animal Removal at 317-257-2290 for professional animal mole removal in Indianapolis, Indiana. We are DNR licensed and insured animal control specialists with decades of experience in the wildlife rescue and control industry. We offer free estimates, animal proofing, emergency services, and much more. Call 317-257-2290 and speak directly with a licensed and knowledgeable Indianapolis wildlife removal and control contractor today.